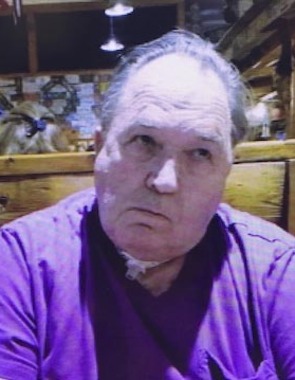 Back to Dale's story

Dale Deppe, 83, of Oskaloosa, died Sunday, January 12, 2020, at his home in Oskaloosa. He was born March 25, 1936, in Grinnell, Iowa, the son of Henry and Elsie Shill Deppe. He attended school in Grinnell. Following school, he served in the United States Air Force during the Korean War. Upon his honorable discharge from the Air Force, he returned to Grinnell. On June 4, 1960, he was united in marriage to Doris Grimm, in Unionville, Missouri. To this union six children were born, Louis, Kevin, Denise, Scott, Dorsha, and Desiree. Early on Dale worked as a farm hand at various farms in Poweshiek County. He later took a job with Walnut Grove Feed and relocated to Council Bluffs. After a time in Council Bluffs, Walnut Grove Feed transferred Dale to Oskaloosa. He continued to work for them for a time. Dale got out of the feed business and worked at various places in Oskaloosa including, Virgil Sparks Trucking hauling coal, Clow Valve, Vermeer, Lynns Poultry, and Pepsi. In 1984, Dale moved out to California to be near Doris' mother. In California he worked at Santa Rosa Steel. In 1997, Dale and Doris moved back to Iowa and settled in Kellogg. After a few years there Doris' health began to decline, and the couple moved to Oskaloosa to be closer to their children. After over 44 years of marriage Doris died March 3, 2005. Dale was a member of St. James Episcopal Church in Oskaloosa and the D.A.V. Dale was a devoted family man, his greatest joys in life where sitting in the stands and watching his family kids and grandkids participate in their numerous activities. He also enjoyed being outdoors and watching all sports.
His family includes his six children, Louis (Kim) Deppe of Middleburg, Florida, Kevin (Donna) Deppe of Prole, Iowa, Denise (Rick) Vande Stroet of Oskaloosa, Scott (Crystal) Deppe of Oskaloosa, Dorsha (Dennis) Moyer of Oskaloosa, and Desiree (Gary) Denno of Missouri; 22 grandchildren; 30 great grandchildren; and one great great granddaughter.
In addition to his wife Doris, Dale was preceded in death by his parents, a brother, Donald Deppe; and a granddaughter, Megan Deppe
Funeral services will be held Thursday, January 16, 2020, at 10:00 a.m. in the Bates Funeral Chapel in Oskaloosa with Pastor Alvern Boetsma officiating. Graveside Military Honors will be given by members of the Oskaloosa American Legion and V.F.W. Burial will be in the Forest Cemetery in Oskaloosa. The Bates Funeral Chapel is in charge of the arrangements. Visitation will begin Wednesday after 12 noon in the Bates Funeral chapel and the family will be at the funeral chapel from 5-7 Wednesday evening to greet friends and relatives. Memorials may be made to Stephen Memorial Animal Shelter.
Published on January 13, 2020
To send flowers to the family of Dale Deppe, please visit Tribute Store.

Send flowers
in memory of Dale