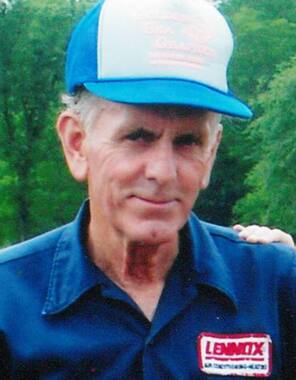 Back to Garry's story

Garry Bair, 78, of Oskaloosa passed away Monday, May 27, 2019, at the University of Nebraska Medical Center in Omaha, Nebraska from complications due to a brain aneurysm.
Garry Lowell Bair was born in Iowa City, Iowa, December 6, 1940, to Paul Trevon and June Evelyn (Caskey) Bair. As a child and young adult, his family lived in Keswick, West Chester, and Kinross; in addition to attending the local schools in those communities, he attended Red Brick and Indian Creek School before graduating from West Chester High School in 1958. After his education, Garry moved to Oskaloosa and began working at Pamco, Inc.; he worked there from 1959 to 1965. While at Pamco he met his future wife, Georgia Ann Hamilton. From there, he went to work at Brackney Tin Shop. He remained there for almost 20 years, and then in 1984, Garry opened his own business, Garry Bair Heating and Mechanical Inc. Together, Garry and his wife Georgia operated the business for 30 years. He was the recipient of numerous Lennox Awards throughout his career. Garry retired in December of 2013 enjoying his retirement years on their acreage south of town.
Garry married Georgia on February 5, 1961, at the St. Paul Congregational United Church of Christ in Oskaloosa. Garry enlisted in the Army National Guard on July 16, 1963, and served six years retiring as a Staff Sergeant. Garry enjoyed his vehicles; his 1958 Chevrolet was one of his favorites. He traveled to several car shows with his 1968 Mustang and brought home several trophies. He later began collecting tractors and enjoyed competing in tractor pulls.
Garry's family includes his wife of 58 years, Georgia of Oskaloosa; they had two daughters, Lorinda; Lila (Scott) Plambeck of Sioux City, Iowa; a special friend, Dara (Brett) Paulsen of Abu Dabi, UAE; a son-in-law, Chris Becker of Marshalltown and a son-in-law, Chad Keahna of Tama. Garry had nine grandchildren: Zachary and Isaac Plambeck, Bo Becker (Carolyn Wanatee), Haley and Hunter Becker, and Mythias and Kiya Keahna, and Amaya and Nisan Kapayou; three great-grandsons: Duane, Etzio and Leo, one great-granddaughter Evelyn; and his brother: Paul (Ginny) Bair of Oskaloosa.
He was preceded in death by his parents, Paul and June Bair, and his brother, Carroll Bair.
Funeral services for Garry will be held at 11 a.m., Friday, May 31, 2019, at Langkamp Funeral Chapel with Pastor Dwayne Poe of the First Church of the Open Bible officiating. Burial will be in Forest Cemetery. Visitation will begin after 11 a.m., Thursday; the family will greet visitors from 5-7 p.m., Thursday evening. Memorials can be made to Southern Iowa Speedway.
Published on May 29, 2019
To plant a tree in memory of Garry Bair, please visit Tribute Store.

Plant a tree in memory
of Garry

A place to share condolences and memories.
The guestbook expires on August 27, 2019.