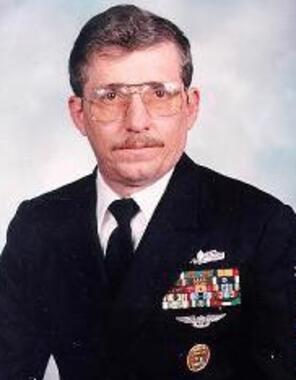 Back to Gary's story

Gary DeWitt, 67, of Oskaloosa passed away, Thursday, December 5, 2019, at his home in Virginia Beach, Virginia after a brief battle with heart disease.
Gary Dean DeWitt, son of Cleo Franklin and Velma Jean (Christophel) DeWitt, was born April 20, 1952 in Oskaloosa, Iowa. He was a 1970 graduate of Oskaloosa High School and worked for a brief time at Pella Corp. before he was drafted into the military. He began his active duty service on May 11, 1972 when he attended CS "A" school in San Diego, California. Throughout his naval career, Gary serviced in Exmouth, Western Australia; Alameda, California; Meridian, Mississippi; Mayport, Florida; Yokosuka, Japan; Washington, DC; and Norfolk, Virginia and aboard the USS Hancock, the USS Oriskany, the USS Paul, the USS Midway, the USS Cochrane, the USS Moosbrugger and the USS Guam. He retired as a Mess Management Specialist Master Chief in 1998. He was awarded numerous accolades including the Navy Commendation Medal (2 awards) and the Navy Achievement Medal (2 awards), the Combat Action Ribbon and various campaign awards.
After retirement from the Navy, Gary settled in Virginia Beach, Virginia with his family. He served in the Merchant Marines for five years after his naval career, retiring a second time in 2004. In his free time, he enjoyed watching the Washington Redskins football and all things NASCAR.
His family includes his wife, Myrna of Virginia Beach, Virginia; his sons: Scott (Shari) DeWitt and James (Joy) DeWitt both of Wheatland, Wyoming; his daughter, Christina Ramirez of Virginia Beach, VA; five grandchildren; a sister, Bonnie Richards of Oskaloosa, and a brother, Dennis DeWitt also of Oskaloosa.
In addition to his parents, Gary was preceded in death by two sisters: Cindy DeWitt and Tammy Hootman.
As was his wish, Gary's body will be cremated and his ashes will be scattered at sea.
Published on December 5, 2019
To plant a tree in memory of Gary DeWitt, please visit Tribute Store.

Plant a tree in memory
of Gary

A place to share condolences and memories.
The guestbook expires on March 04, 2020.

David Carlson
My condolences to Gary's family on your loss. I had the please to serve with Master Chief DeWitt onboard USS Guam during Med Cruise '92-'93. Gary was always there when needed and a true shipmate. Fair winds and following seas, shipmate!
Gabriel Albino
Fair Winds & Following Seas Shipmate!
We have the watch!
ISCS(SW) William Craig
Rest easy, shipmate. Thank you for your guidance and direction during our time together onboard the USS MOOSBRUGGER. You showed me what I needed to do to be a true sailor and though I never told you, were a mentor to me for the rest of my career. May God Bless the Dewitt family.
Steve Nelson, MSCM (SW) USN, ret
A true sailor! Served together on Oriskany and Midway...wine, women and song! When I think of a sailor of our day, it was him. My friend and shipmate, God bless him. Haze gray brother!
Thomas Shukas MSCM (SW) retired
I had the honor of knowing Gary and serving with him. He was a great shipmate. Was there when needed
IT2 (SW/AW) Halk0
Truly a great man, mentor and leader. A true legend. You will be missed Master Chief. My sincere condolences to the Dewitt family.
BT2 SW Joseph Williams
Master Chief once told me a story involving President George H. W. Bush that was fantastic and incredible...involving a Presidential place setting. He also “guaranteed” he had at least “one more tattoo” than my friend BT1 Tommy Caltagirone. I am inclined to believe him after his story about some mischievous corpsmen...Anyway, Master Chief was always approachable, down to earth, and served as a role model to me. He was the same age as my father, and I always looked at him in that light. It hurts my soul that he’s gone. Fair winds and following seas, shipmate.
ABHCS(AW/SW) Josh Craig
My first CMC in the Navy... My condolences and prayers go out to his family. A Very stellar and quality Sailor!
Fair Winds & Following Seas Shipmate!
We have the watch!
The Rivera Family

America the Beautiful was purchased for the family of Gary DeWitt by The Rivera Family.  Send flowers

Was an MS3 during my time with you on the guam, you provided me with guidance and direction. Thank you for all. FAIR Winds and Following Seas Master Chief. You stand relived