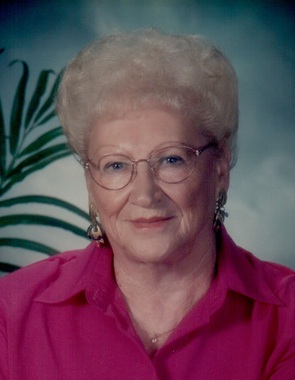 Back to Helen's story

Helen Boyer, 96 of New Boston, died Monday, January 13, 2020 at Genesis Medical Center, Aledo. Services will be Friday at 1:00 PM at Speer Funeral Home, Aledo, with visitation one hour prior to services. Private burial will be in Forest Cemetery, Oskaloosa, Iowa. Memorials may be made to Mercer County Animal Control. Condolences may be left at speerfuneralhome.com.
Helen Louise was born on January 30, 1923 in Grinnell, Iowa to Ross & Elsie (Paul) Esler. She married Roy Carmichael, later divorcing. Helen was married to Merle Boyer for 30 years. He preceded her in death.
Helen enjoyed bowling, tending her home and gardening, especially flowers and was a member of the Order of Eastern Star. She had a favorite Yorkie canine companion, Dukie.
Helen is survived by her son and daughter-in-law, Gary & Donna Carmichael of Taylor Ridge; 4 grandchildren and spouses, Tami & Brad, Candi & Troy, Robert & Gina and Richard; step-grandchild, Sherri & Carl and several great and great-great-grandchildren. She was preceded in death by her parents, 2 sisters, 1 brother, her husband and her daughter, Judy Baltimore.
Published on January 14, 2020
To send flowers to the family of Helen L. Boyer, please visit Tribute Store.

Send flowers
in memory of Helen

A place to share condolences and memories.
The guestbook expires on April 13, 2020.