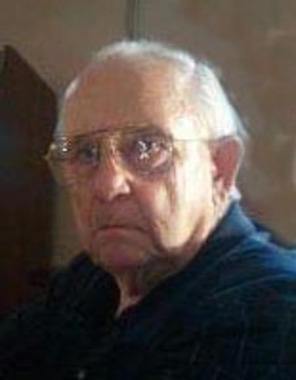 Back to Jerry's story

Jerry Wilson, 84, of Oskaloosa, died Monday, December 30, 2019, at the MHP Hospice Serenity House in Oskaloosa. He was born March 12, 1935, in Oskaloosa, Iowa, the daughter of William "Bill" and Mabel (Turpin) Wilson. Jerry attended the Oskaloosa High School and graduated with the Class of 1953. In 1962 he was united in marriage to Linda Crile. To this union three children were born, Tony, Troy and Travis. Jerry and Linda later divorced.
After graduating high school, Jerry attended William Penn for a short time. He worked at Pella Corp in Pella before taking a job at Good Year. In 1974 he owned and operated "The Hub" bar in Oskaloosa until 1984. He then went to work as a truck driver for Dickey Transport until taking a trucking job at Gary Junkin's and later GSTC. Jerry enjoyed playing card games, especially cribbage, poker and pitch. He liked spending time reading, telling stories, watching Clint Eastwood Westerns, Boxing and had a love for his dog Chu-Chu. Above all else, Jerry enjoyed spending time with his family and friends.
He is survived by his significant other, Wilda Collister of Oskaloosa; his sons, Tony Wilson and Troy Wilson, both of Cedar Rapids and Travis Wilson of Oskaloosa; his grandchildren Abby and Alex Wilson and two sisters, Peggy Siegworth and Mary Jane Amber.
Jerry is preceded in death by his parents, Bill and Mabel Wilson and two sisters, Barb and Bonnie.
As was Jerry's wish his body has been cremated and services will be held at a later date. The Bates Funeral Chapel is in charge of the arrangements.
Published on December 31, 2019
To send flowers to the family of Jerry Wilson, please visit Tribute Store.

Send flowers
in memory of Jerry

A place to share condolences and memories.
The guestbook expires on March 30, 2020.