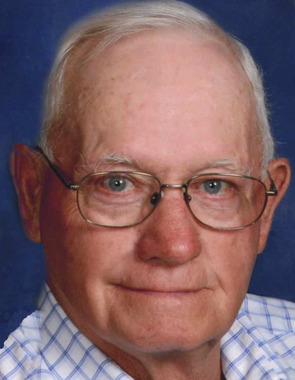 Back to John's story

John R. Stek, 80, of rural Oskaloosa, passed away at his home on October 13, 2019. He was born Friday, November 25, 1938 to Herman and Mildred Goodman Stek. He attended the 6 Mile Country School in Mahaska County. Following 8th grade graduation John helped on the farm at home and numerous other local farmers. He later went to work at Oskaloosa Oil. After a short time, he went to work at Bloom Builders driving truck delivering materials and building barns. John's love for working on tractors was born when he started working as a mechanic at Oskaloosa International. After a few years there, he took a job as a mechanic working for Charlie Whitaker at Whitaker Implement in Oskaloosa. When the dealership closed John bought a semi and started hauling grain. He drove for himself for a few years and then took a job driving for Birkenholtz Trucking hauling grain to the river and coal back to Ames. The desire to work on tractors got the best of John, and he opened Stek Tractor Repair at his Shop at home and decided to quit trucking. He worked on and built countless tractors in his shop over the years. In July of 2019, John suffered a stroke that slowed him down and forced him to retire.
He was united in marriage to Frances Dusenberry at the Oskaloosa Tabernacle on November 26, 1959. To this union two children were born, Rick and Pam.
John was a member of Fellowship Bible Church in Oskaloosa and the Southern Iowa Antique Tractor Pullers Association. John always looked forward to sharing his knowledge with younger generations. He volunteered countless hours to the AWANA Youth group at his church and to several 4-H groups. He loved to have adults and youth around the shop teaching the value and art of repairing, rebuilding, and maybe even modifying farm equipment. Second to working on farm equipment he enjoyed testing his repairs and modifications by organizing and promoting tractor pulls and field plowing days. He also enjoyed collecting antique tractors and trucks, and hunting. In his youth he enjoyed playing church league softball and working at the Eddyville Drag Strip. John delighted in spending time with his family and made every effort to attend their events.
His family includes his wife of over 59 years, Fran Stek of rural Oskaloosa; two children and their spouses, Rick and Donna Stek of Oskaloosa and Pam Stek and Chris Conrad of Los Angeles, California; four grandchildren, Kara (JR) Shearer, Jessie Stek, Geneva Conrad, and Georgia Conrad; two great grandchildren, Trey and Masin Shearer; a brother, Ken (Lisa) Stek of Ottumwa; and many aunts, uncles, nieces, nephews, and cousins.
John was preceded in death by his parents; and two brothers, Donald Stek and Marvin Stek.
Funeral services will be held Wednesday, October 16, 2019, at 11:00 a.m. in the Fellowship Bible Church in Oskaloosa with Reverend Rodney DeRonde officiating. As was John's wish his body will be cremated following the funeral ceremony. The Bates Funeral Chapel is in charge of the arrangements. Visitation with the family present will be held in the Fellowship Bible Church Wednesday morning from 9:30 a.m. until service time at 11. Memorials may be made to Southern Iowa Antique Tractor Pullers Association or Fellowship Bible Church.
Published on October 14, 2019
To plant a tree in memory of John Stek, please visit Tribute Store.

Plant a tree in memory
of John

A place to share condolences and memories.
The guestbook expires on January 12, 2020.

Restore the guestbook to view the 3 more posts by family and friends, and share a memory or message of condolence of your own.