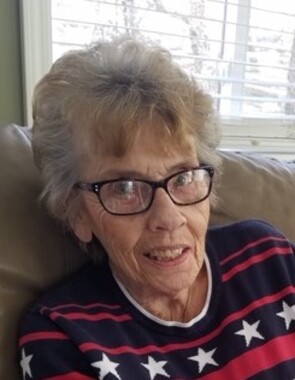 Back to Judith's story

Judith A. Glancy, 78, of Fremont, died Wednesday, March 19, 2020, while being cared for at the Hospice of Davis and Wapello Counties, Hospice House in Ottumwa. She was born June 24, 1941, in Kingston, Pennsylvania, the daughter of Harold and Hazel VanTyle Kenny. She attended Central High School in Bridgeport, Connecticut. On November 1, 1958, she was united in marriage to Dennis Patrick Glancy at Our Lady of Good Council Church in Bridgeport. Following their marriage, they stayed in Bridgeport for several years. In 1971, they moved the family to Ottumwa, Iowa. While living in Ottumwa Judy worked for the Ottumwa Community School District driving school bus for a few years. She later took a job at U.P.S. in Ottumwa. The family later moved to Hollywood, Florida and Judy worked at a grocery store. She later took a job in the shipping department at R.L. Scheiber Spice Company. In 1995, they moved back to Iowa and settled in Fremont. Judy worked for a short time at Panel Components in Oskaloosa. Last she worked at UNICO in Eddyville until her retirement in the mid 2000's. On August 4, 2012, Judy's husband Dennis died. Following his death, Judy stayed in their home in Fremont. She was very active member of the Fremont United Methodist Church where she volunteered for the Kid's Closet and many church functions. She also enjoyed volunteering at the Fremont Community School and reading with the children. She was a dedicated volunteer at the Hospice House in Ottumwa. Most of all she enjoyed time she spent with her family.
Her family includes her three children, Dennis Patrick (Dee Dee) Glancy, Jr. of Burlington, Ronnie Glancy (Netty Johnson) of Oskaloosa, and Cara Ann (Jim) Mcelmury; five grandchildren, Ashlee (Luke) Barnes, Benjamin (Kelsey) Glancy, Nicholas (Nikki) Glancy, Sidney Waller, and Jake Waller; four great grandchildren, Logan Glancy, Lydia Barnes, Shea Barnes, and Cole Barnes; and many nieces and nephews.
In addition to her husband Dennis, Judy was preceded in death by her parents; a brother Robert Kenny; and a sister Ruth Brown.
As was Judy's wish, her body has been cremated. Due to the public health concern of the Covid 19 pandemic, memorial services will be held at a later date. Memorials may be made to the Hospice Serving Davis and Wapello Counties Hospice House. Fremont Funeral Chapel is in charge of the arrangements.
Published on March 20, 2020
To send flowers to the family of Judith Glancy, please visit Tribute Store.

Send flowers
in memory of Judith

A place to share condolences and memories.
The guestbook expires on June 18, 2020.

Lee Ann
Judy will certainly be missed in Fremont, Iowa. She seemed to enjoy the company of all she met. Judy took great pride in her work in the Kids Closet she started at the United Methodist Church.
- Rest In Peace without physical pain of earth.
Dollie
Oh Judy you spunky crazy lady, I miss you so much! You are in the arms of Jesus now no more pain. Loves and hugs my friend until we meet again.
Cindy pearson
Judy was a one of a kind lady. She used to always make my day when she would come in Caseys. Will miss. Her a lot 💕☹️
Angie Elder

Mary Carman
Judy was a very special person that could make anyone laugh and she had a heart of gold!! I loved working with her!! Thoughts and Prayers to her family!!
View all 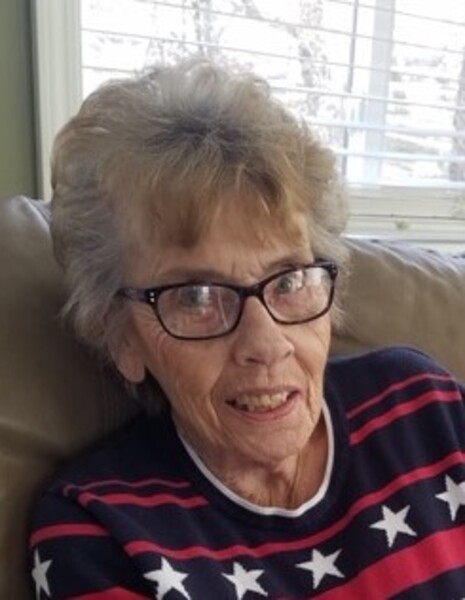