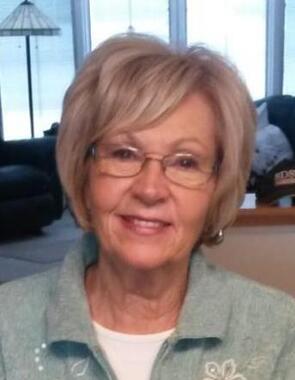 Back to Kay's story

Kay Nelson, 79, of Oskaloosa died Tuesday, March 3, 2020, at the Mahaska Health Hospice Serenity House in Oskaloosa.
Katherine "Kay" Ann Nelson, daughter of Donald and Millicent (Jones) Miller, was born on Christmas Day, December 25, 1940, in Britton, South Dakota. Kay was raised on a farm near Claremont, S.D., where she attended school and graduated in 1958. She then attended Augustana College in Sioux Falls and eventually dental assistant school in Minneapolis, MN. After completing that course of study, she moved to Rapid City, SD, to work for a dental practice. It was there that she met her future husband, David Nelson, who was serving in the National Guard. They married September 5, 1964, and lived briefly in Rapid City before moving to Brookings, SD., where Dave could attend the South Dakota State University. Upon Dave's graduation in 1967, the couple moved to Des Moines, where they lived for eight years. In 1975, Dave's job with Garden and Associates brought the couple to Oskaloosa. After Kay's children were in school, Kay partnered with a friend establishing Brooms, Inc., a cleaning service. They operated the business for approximately ten years. Running a cleaning service was natural for Kay - she was an excellent homemaker and a great cook.
Kay was a member of St. Paul Congregational United Church of Christ; she was active on numerous committees and helped with the yearly bazaar. Dave introduced Kay to fishing when they were first married, it was a skill and activity that Kay took to, and they enjoyed many hours of the sport throughout their life together. Kay and Dave loved to travel: over the years, they took many trips with their good friends Gary and Carolyn Snell. Europe, the Caribbean, the Virgin Islands, and Mexico were among their favorites. Florida was a preferred winter destination for the couple for several years, and it was there they met special friends, Joe and Connie Galewski. Kay's family was of foremost importance to her; it is fair to say she and Dave were best friends, and her love for him extended to his family as well as her own.
Kay's family includes her husband, Dave of Oskaloosa; a son, Eric (Heidi) Nelson of Eldridge, Iowa; a daughter, Anne Erwin of Oskaloosa; grandchildren: Anthony and Alicia Sanders of Davenport, Erika Nelson of Eldridge, and Tucker Erwin of Oskaloosa; a brother, Don (Lyla) Miller of Houghton, SD; sisters; Barbara (Dave) Buchholtz of Peterson, MN and Patricia Awad of Kansas City, KS; several nieces and nephews and great-nieces and great-nephews.
Kay was preceded in death by her parents.
Funeral service for Kay will be held at 5 p.m., Saturday, March 7, 2020, at the Langkamp Funeral Chapel with Rev. Molly Goodrich of the First Christian Church officiating. Visitation will begin at 11 a.m., Saturday at the funeral chapel; the family will greet visitors until 7:30 p.m., Saturday evening following the funeral service. Burial will be Tuesday, March 10, 2020, at the De Smet Cemetery in De Smet, South Dakota following an 11 a.m., service at the American Lutheran Church in De Smet. Memorial contributions can be made to the Mahaska Health Serenity House in Oskaloosa.
Published on March 4, 2020
To plant a tree in memory of Kay Nelson, please visit Tribute Store.

Plant a tree in memory
of Kay

A place to share condolences and memories.
The guestbook expires on June 02, 2020.

Pam Olson & Karla Kamm (Anderson Dental Group)
We were so sorry to hear about Kay's passing. She was one of those patients that we looked forward to seeing and being able to chat with . She was a truly lovely lady and we will miss her.
Martha Cook
I was shocked and saddened to hear that Kay had passed away. I will always remember the good times, shopping trips, and wonderful meals we had together when I lived in Oskaloosa. She was a great friend to me. Love and sympathy to Dave, Eric, Anne, and all the family.
Tribute Store

Sweet Tranquility Basket was purchased for the family of Kay Nelson by Tribute Store.  Send flowers

Sweetest Sunrise Bouquet was purchased for the family of Kay Nelson.  Send flowers 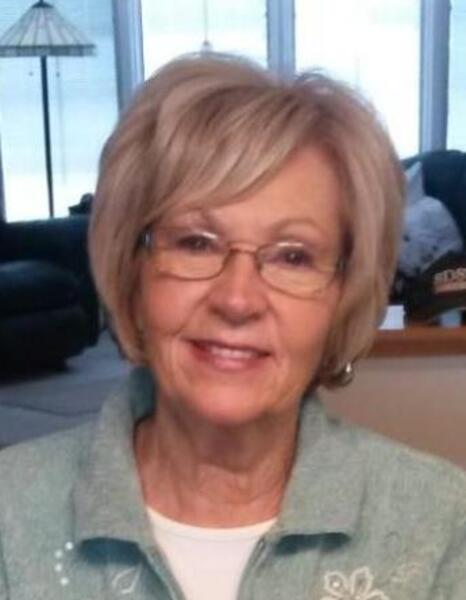