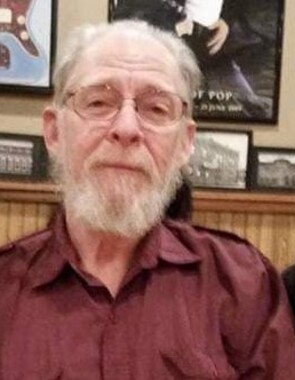 Back to Marion's story

Marion W. 'Sherm' Sherman, 71, of Tracy died Monday, December 23, 2019, at Accura Health Care of Knoxville. He was born October 4, 1948, in Mahaska County the son of Cecil and Beulah Sherman. He attended Twin Cedars school until graduating in 1967. He was drafted by the U.S. Army and served from 1968 until 1970. Sherm worked in several places: Pella Corp, GB Equipment, and Drost Equipment Last he worked at Arnold Motor Supply and retired from there in 2017. In June 1978, Sherm married Shirley Banks and they enjoyed 41 years of marriage. From that marriage came two daughters Misti and Teiara. He loved his daughters dearly and taught them many things including how to repair their cars if needed. Sherm enjoyed life and whatever it brought to him. In his spare time, he raced at several different tracks and met Shirley at Eldon Raceway. He continued to race for many years, when he stopped racing, he continued to go as part of the pit crew or spectator. As his girls grew, he enjoyed watching their sporting events and band concerts. Since he attended so many of their events, he volunteered for TC Music Boosters. He was also a proud grandfather to Tristin, Dante, Aaliyah, Vaughn and Callum. Sherm didn't know a stranger, he talked to everyone but couldn't tell you their name. He is survived by his wife Shirley of Tracy, daughters Misti Sherman of Tracy and Teiara Sherman of Knoxville. His 5 grandchildren Tristin, Dante, Aaliyah, Vaughn and Callum. His sister Jane Sherman of Des Moines and her children Bret (Kyla) Cox, and Lisa (Mark) Manley all of Des Moines, many more nieces and nephews friends and family. He was preceded in death by his parents Cecil and Beulah Sherman. Funeral services for Sherm will be held Saturday, January 4, 2020, at 1 p.m. in the Bates Funeral Chapel in Oskaloosa with Pastor Alvern Boetsma officiating. As was Sherm's wish his body will be cremated following the funeral ceremony. Burial of his urn will be in the Bellefountaine Cemetery at a later date. The Bates Funeral Chapel is in charge of the arrangements. Visitation will begin Friday after 2 p.m. in the Bates Funeral Chapel and the family will be at the funeral chapel from 5:30-7:30 Friday evening to greet friends and relatives. In lieu of flowers memorials can be made to Twin Cedars Dollars for Scholars.
Published on January 1, 2020
To plant a tree in memory of Marion Sherman, please visit Tribute Store.

Plant a tree in memory
of Marion

A place to share condolences and memories.
The guestbook expires on March 31, 2020.

Tracey Williams Mitchell
My thoughts and prayers go out to his family in this sad time. I knew Sherm for many years and he always had a smile for me and something to raz me about . I'm sorry for your loss . He will be missed he was the only one I ever wanted to see when I went to Arnold's.
Ted and Louise Binns Burson
Dear family of Marion and especially Mary Jane, his sister.
We are sorry to hear of Marions death. Although it’s been a long time since we attended any reunions for the Binns side, we do have memories of when we would all get together at Edmonsom park as kids.
May you find peace in your memories of your loved one. God Bless you all
Ted and Louise Binns Burson.....( I am the middle daughter of Bennie and Mable Binns). Your mom and Grandma Buelah was my first cousin....her dad and my dad were brothers. I hope you know some of the genealogy of the Binns family😊❤️
View all