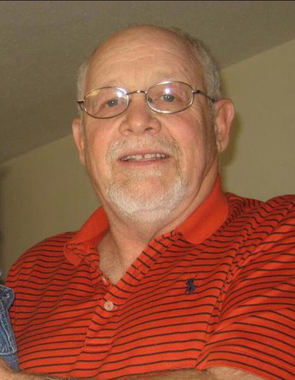 Back to Merlin's story

Merlin Hite, 69 of New Sharon passed away peacefully Monday morning, June 3, 2019 at the Oskaloosa Care Center. Funeral services will begin at 10:00 am Thursday, June 6, 2019 at the New Sharon United Methodist Church. Burial will be held in the Highland Cemetery in New Sharon. Visitation will begin after 12:00 pm Wednesday, June 5, 2019 at the United Methodist Church with the family present from 5:00 pm to 7:00 pm. In lieu of flowers, memorial contributions may be made to New Sharon Fire and Rescue and the North Mahaska Education Foundation. Holland-Coble Funeral Home of New Sharon is in charge of arrangements.

Merlin Dean Hite, the son of Lester and Helen (Piersel) Hite, was born on October 31, 1949 in Oskaloosa, Iowa. He was a 1968 graduate of North Mahaska High School. After high school, Merlin worked for Vermeer Manufacturing in Pella and the Taintor COOP before he was drafted in the United States Army. Merlin served in Germany for two years before he was honorably discharged. On June 23, 1979, Merlin was united in marriage to Carol Vos in Oskaloosa, Iowa. To this union four children were born, Jacque, Dustin, Darin and Jill. Merlin farmed with his father on the family century farm near New Sharon and also drove grain truck. Following his father's death, Merlin continued to farm and worked for Mahaska County driving a gravel truck and maintainer. He enjoyed hunting, tractor pulls, spending time on the farm, collecting tractors and above all spending time with his family and grandchildren. He was a member of the New Sharon United Methodist Church, Prairie Knolls, Farm Bureau and the Taintor COOP. Merlin served on the North Mahaska School Board during the time the new elementary was built.

Merlin was preceded in death by his parents, Lester and Helen Hite; a grandson, Remington Schuring; a brother-in-law, Bob Ranfeld and his in-laws, Glen and Rita Vos.
Published on June 5, 2019
To plant a tree in memory of Merlin Hite, please visit Tribute Store.

Plant a tree in memory
of Merlin

A place to share condolences and memories.
The guestbook expires on September 03, 2019.