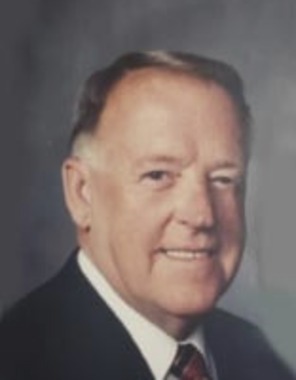 Back to Paul's story

Paul L. Lanphier, 78, of Oskaloosa died Monday, December 30, 2019, at the MHP Hospital in Oskaloosa. He was born on December 19, 1941, in Knoxville, Iowa, one of fourteen children born to Fred Earl and Viola Estella Johnson Lanphier. The family grew up in Tracy and Paul attended school there as well. Following school, he stayed with relatives and helped on their farms in the area. On November 23, 1959, Paul joined the United States Army. He served as a paratrooper and was honorably discharged on November 21, 1962. On June 7, 1962, he was united in marriage to Joyce Miller at Knoxville. To this union three children were born, Tammy, Terri, and Tina. Paul and Joyce later divorced. In 1962, Paul went to work at Rolscreen (now Pella Corp.) in Pella. He continued to work there for nearly 35 years until retiring in 1997, as his health was starting to decline. He valued his time at Pella Corp. He was a dedicated and hard worker that his managers and co-workers could depend on daily. In addition to a paycheck and benefits from Pella, Paul met the love of his life Miola "Pic" Hendricks in the factory at Pella. He and Pic were married on May 10, 1986, at Eveland Access in Mahaska County.
Paul loved life and people. He was always up for an adventure and looked forward to the challenge of learning new things. In his younger days, he built race cars and raced dirt tracks around the area. Paul did not let age determine what hobbies he wanted to try; he earned his pilot license at the age of 50, then at 60 he decided that was the perfect time to pick up a guitar for the first time and learn to play. He had a lifelong love of, cooking, camping, fishing, and boating. He was a talented handyman and enjoyed working on projects in his garage and around the house. He was a member of the Oskaloosa American Legion, V.F.W., and the Elks Lodge. Paul was an all-American Guy that anyone would be proud to call friend. He believed in being there for his family, friends and country. He cared about and respected the people around him and always found the best in everybody, even if he had to drag it out of them with a joke or a smile. He was content and happy with his life, he loved Pic and his children and grandchildren endlessly and he would tell and show them that often. He was a true servant warrior with a heart of gold that will be missed greatly by his family and friends.
His family includes his wife of over 33 years, Miola "Pic" Lanphier of Oskaloosa; three children, Tammy (Craig) Johns of Osage Beach, Missouri, Terri (Steve) Long of New Sharon, and Tina Lanphier of Oskaloosa; two step children, Tina Bunnell of Oskaloosa and Troy (Mary Jane) Bunnell of Stover, Missouri; many grandchildren and great grandchildren; a sister, Maribelle (Norman) Riddle of Pella; and many nieces and nephews.
Paul was preceded in death by his parents; six brothers, Kenneth, Robert, Jerrold, Bill, Charles, and Howard Lanphier; and six sisters, Frieda Christianson, Maxine Faulkner, Clara Olson, Nellie Farmer, Phyllis VanDerVeer, and Mabel Porter.
As was Paul's wish his body has been cremated. Paul's family will be at the Bates Funeral Chapel from 6-7:30 Thursday evening to share stories and celebrate Paul's life. In lieu of flowers please bring your favorite story of Paul to share with Pic and the kid's. If you feel that you need to give in honor of Paul's life, please make donations to Holden Comprehensive Cancer Center at the University of Iowa Hospital.
Published on December 31, 2019
To send flowers to the family of Paul L. Lanphier, please visit Tribute Store.

Send flowers
in memory of Paul

A place to share condolences and memories.
The guestbook expires on March 30, 2020.

I am so sorry I could not meet with you this evening. I too have been fighting a demon called cancer as well. I am making progress, it is in remission, but it takes tremendous will to continue the fight every day. I will greatly miss Uncle Paul. He was such an inspiration to me. All of my uncles were. It is difficult to fathom the true depth and scope that seven young men from Tracy, Iowa, who had so little, gave so much to the world in ways the seven young men will never know.

Recently, I had the honor of presenting a memorial card containing a star taken from a battle worn-flag which had flown over an American installation in Afghanistan to a loved one of a dec...eased WWII veteran. I would like to share the words I wrote to that grieving soul, as it seems equally applicable to Uncle Paul as well:

"The flag from which this Star was taken once proudly flew over an American military installation in Afghanistan or Iraq. It was a treasured symbol for our service members engaged in combat. Despite the best efforts of these young Americans to preserve their beloved flag, the combined effects of battle, sunlight, and wind rendered this flag unserviceable. It had served its purpose well.

This battle flag was provided to Boy Scout Troop 97, Memphis, Missouri, for dignified retirement in accordance with Federal Law.

Just as your loved one had faithfully served our Nation with dignity and pride, we, the Scouts of Scotland County, entrust this Star to you in solemn remembrance of your loved one who served our nation with tremendous sacrifice, unfailing loyalty, and a special pride only a warrior could possibly understand.

Let this Star remind all freedom is never free."

On the back of the Memorial Card, I included a quote from the late President Ronald Regan:

“Freedom is never more than one generation away from extinction. We didn't pass it to our children in the bloodstream. It must be fought for, protected, and handed on for them to do the same, or one day we will spend our sunset years telling our children and our children's children what it was once like in the United States where men were free. “
-- President Ronald Regan, 40th President of the United States of America (1911-2004)"

I shall give you one of these memorial cards with a star taken from a battle worn flag from Afghanistan. It would be an honor to do so. I love you, I mourn with you, I shall never forget you, and I will always carry the cherished memories of Uncle Paul in my heart forever.

Until we meet again on the other side, Uncle Paul, keep your head down and your powder dry.Read more

Tom Dykstra
Pic, and family; Sorry for your loss. Paul was a great person, he will be missed. R.I.P. Paul.
Tom and Jo Van Der Veer
So sorry to hear of uncle Pauls passing.We will miss that onery guy!Loved his smiles and hugs he gave us!Rip Uncle Paul,unti we meet again!!!!♥️♥️♥️♥️
View all