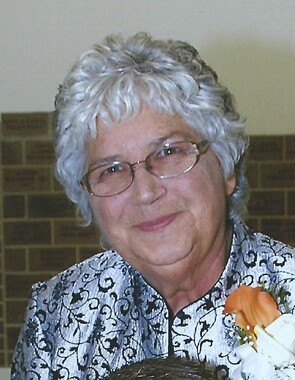 Back to Sandra's story

Sandra Elaine McWilliams was born January 7, 1939, in Oskaloosa, Iowa to Opal (Stigers) Kitzman and Harvey Kitzman. She was raised in rural What Cheer, Iowa and graduated from South High in 1957. She was married to Richard (Dick) Alva McWilliams on June 16, 1957 at the Indianapolis Christian Church. In 1964, Richard and Sandra moved to the family farm, where they farmed in the Gibson-Deep River area. She was an active member of the Gateway Church of the Nazarene in Oskaloosa and she established a quilting club of church friends that met in her home twice a month. She enjoyed her time with church friends, her Sunday School group, friends at Deep River coffee time, her special community friends and past classmates. She was known for sharing canning and garden produce, pies for fundraisers, baked goods and always had the coffee pot ready for any visitors. Sandra and Dick enjoyed during their 47 years of marriage farming with Allis-Chalmers equipment and collecting Allis-Chalmers memorabilia. But her biggest treasure was her family that meant the world to her!! Family meals and holidays, yearly trips to the State Fair and family visits and phone calls brought special memories.

She is preceded in death by her parents, her husband, Richard (Dick) McWilliams and brother Sam Kitzman.
Published on June 5, 2019
To plant a tree in memory of Sandra McWilliams, please visit Tribute Store.

Plant a tree in memory
of Sandra

A place to share condolences and memories.
The guestbook expires on September 03, 2019.