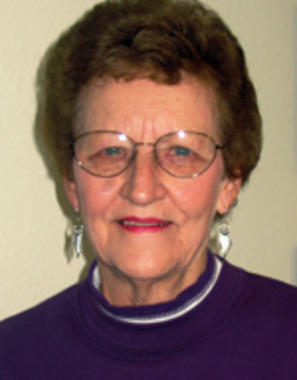 Back to Vera's story

Vera Minenga, 86, of Dallas Center and formerly of Oskaloosa, died Thursday, June 20, 2019, at her home in Dallas Center, Iowa. She was born Friday, June 16, 1933, in Barnes City, Iowa, the daughter of Rex and Mary Mattix Thomas. On December 9, 1950, she was united in marriage to Wilbur Minenga. Wilbur died on September 18, 1990. She graduated from New Sharon High School with the class of 1951. Following graduation, she began work with Hackert's Locker, and Hawkeye Lumber Co. In 1956 she went to work as the Clerk of Court for Mahaska County. She held that office until 1976. She went to work for Iowa State Extension Office in 1976 and remained there until retiring in 1998. Vera continued working part time at Iowa State Extension Office during her retirement. In 2010 Vera moved to Dallas Center, Iowa, to be closer to her family.
In 2007 Vera was inducted into the 4-H Hall of Fame. She enjoyed flowers, gardening, and most importantly spending time with family.
Her family includes her brother John (Shirley) Thomas of Dallas Center; Three sisters-in-law; Sandy Thomas (Dean's widow) of Des Moines, Karen Thomas (Earl's widow) of St. George, Utah, and Virginia Thomas (Ernest's widow) of Peoria, Illinois; and many nieces and nephews.
In addition to her husband; Vera was preceded in death by her parents; three brothers, Earnest, Dean, and Earl Thomas and sisters-in-law; Darlene Hasselman and Ellen Thomas.
Funeral services were held Monday, June 24, 2019, at 2:00 p.m. in the Bates Funeral Chapel in Oskaloosa with Reverend Molly Goodrich officiating. Burial was in the Oakwood Cemetery in Pella. The Bates Funeral Chapel is in charge of the arrangements. Visitation with family present to greet friends and family began Monday, June 24, 2019 at 12:30p.m. until time of service at 2:00 p.m. in the Bates Funeral Chapel. Memorials may be made to the 4-H Foundation.
Published on June 24, 2019
To plant a tree in memory of Vera Minenga, please visit Tribute Store.

Plant a tree in memory
of Vera

A place to share condolences and memories.
The guestbook expires on September 22, 2019.