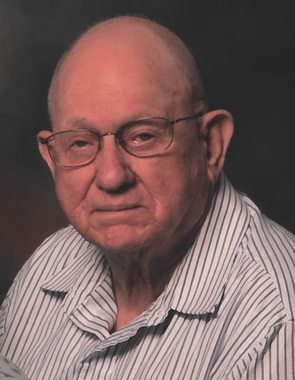 Back to Wilbur R.'s story

Wilbur was a graduate of Peoria Christian Grade School, then worked as a hired hand for farmers in the Peoria area. Later he was a truck driver for Peoria Stockyards.

Wilbur was united in marriage to Marilyn De Cook, on October 12, 1955, at her parents' home west of Leighton. They farmed for a few years and then moved to an acreage northeast of Leighton in 1966, and was a partner in C &W Truck Line in Oskaloosa. Later he was employed at Oskaloosa Livestock Inc. In 1995, they moved to Pella. He was semi-retired and they spent a few winters in Donna, Texas. Wilbur loved Christian fellowship, playing games, and spending time with family - his grandchildren were special to him.

Wilbur is survived by his wife Marilyn Veenstra, their children and their families: Larry and Mary Veenstra, Bruce and Jeannene Veenstra, Linda and the late Kevin De Ronde, and Curt and Rochelle Veenstra; eleven grandchildren and fourteen great grandchildren. He is also survived by his siblings: Bernice and Ralph Van Soelen of Newton, John Veenstra of Oskaloosa, and Gretta Veenstra of Pella.

He was preceded in death by his parents Rich and Gertie Veenstra, his brother Marion Veenstra, and his son-in-law Kevin De Ronde.

Funeral services will be held at 11:00 am, Saturday, January 11, at the Leighton Christian Reformed Church. Visitation will be held from noon to 7:00 pm, Friday, January 10, also at the Leighton Christian Reformed Church, with family present from 4:00 to 7:00 pm. Memorials may be given to Pella Christian Schools or Oskaloosa Christian Grade School. The Garden Chapel Funeral Home is in charge of arrangements.
Published on January 7, 2020
To send flowers to the family of Wilbur R. Veenstra, please visit Tribute Store.

A place to share condolences and memories.
The guestbook expires on April 06, 2020.

Basket of Joy was purchased for the family of Wilbur R. Veenstra by Tribute Store.  Send flowers